Is Black Friday a Marketing Gimmick? 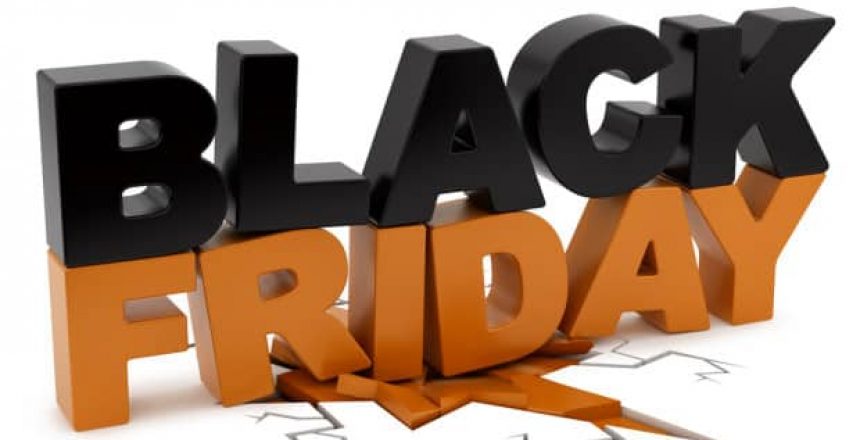 After our bellies are full of roasted turkey, creamy mashed potatoes, tangy cranberry sauce, it’s time to work off those calories by throwing thankfulness out the window and fight for the latest and greatest products for the holiday.

Known as Black Friday, the unofficial holiday takes place the Friday after Thanksgiving and kicks off the start of holiday shopping for the United States. The trend stems from the idea that retailers have created the best discounts for products and the best deals on this specific day called Black Friday. But is all of the hype and flashy ‘Sale’ signs just a marketing gimmick?

Since 2004, Black Friday has become one of the most if not the most important shopping day of the year for retailers. Stores gradually began opening earlier- first it was midnight, then Thanksgiving evening, and in 2012 Thanksgiving sales were touted as being better than those on Black Friday. Since then, the sales are starting earlier and earlier cutting into Thanksgiving dinners. Kohl’s, WalMart, Target, Samsung, and Amazon even have their Black Friday advertisements available online so shoppers can see where they will get the best deal. The online retail giant, amazon.com, even opened its Black Friday deals on November 1st offering new gift guides and “special discounts” for Amazon Prime members. But Kiplinger says that stores that advertise ‘early Black Friday’ deals in early November is just a marketing ploy in order to get people shopping early.

Experts say that much of a retailer’s success in getting shoppers into stores on a national holiday is reflected in the cost-saving promotions and hype created about “getting a good deal”. Last year, Macy’s and Kohl’s were selling the Keurig K45 Elite Coffee System for $89.99 during Black Friday. But both retailers advertised a different regular retail price: $174.99 for Macy’s and $149.99 for Kohl’s. If you shopped at Macy’s, it looked like you were saving $85, but at Kohl’s it appeared you were only saving $60. Guess which retailer sold more Keurigs?

Although many of the deals and discounts on Black Friday are legitimate offers, retailers take advantage of the day to shift excess stock. Therefore, not every promotional offer is as great as it seems. In many cases, bargains are a carefully engineered illusion. The hype and fear of missing out on deals creates the Black Friday mental game. Retailers use a bunch of different tactics to make those Black Friday discounts seem as high as possible; social media being one of them.

Retail giants are using social media to create most of the hype about Black Friday by marketing their deals on Facebook and Twitter. One of the best parts about advertising on social media is that it is extremely easy to target a specific demographic and region at a low cost and see results. For example, if a specific store sold a large amount of KitchenAid mixers last year and would like to have similar or better sales this year, they are able to target a demographic in the stores region that they believe will bite on the 30% Black Friday coupon and convert people to come into their stores.

“The ability to dynamically provide that location based information has proven to yield a much higher conversion rate than those companies that previously did not have that capability,” said Ken Wisnefski, digital marketing expert and CEO of internet marketing agency WebiMax. In addition, Target’s new app update allow shoppers to put their home store and search a specific product while incorporating the store map to direct people to those products. Gone are the days when shoppers aimlessly wander around the store only to find that one thing on their Christmas list is out of stock.

Even with all of the hype, there are still a number of stores that remain closed Thanksgiving day such as Crate & Barrel, Bed Bath & Beyond, Home Depot, Nordstrom, TJ Maxx and many more. The Mall of America made history when it announced this year that it will be closed on Thanksgiving shocking consumers and having retailers second guess if they should follow suit. Although more stores are opting to close on Thanksgiving, I just heard on the radio yesterday that there is a dedicated Black Friday shopper that has been in line at Best Buy to buy a new television set since November 11. How much will he actually save? $400.